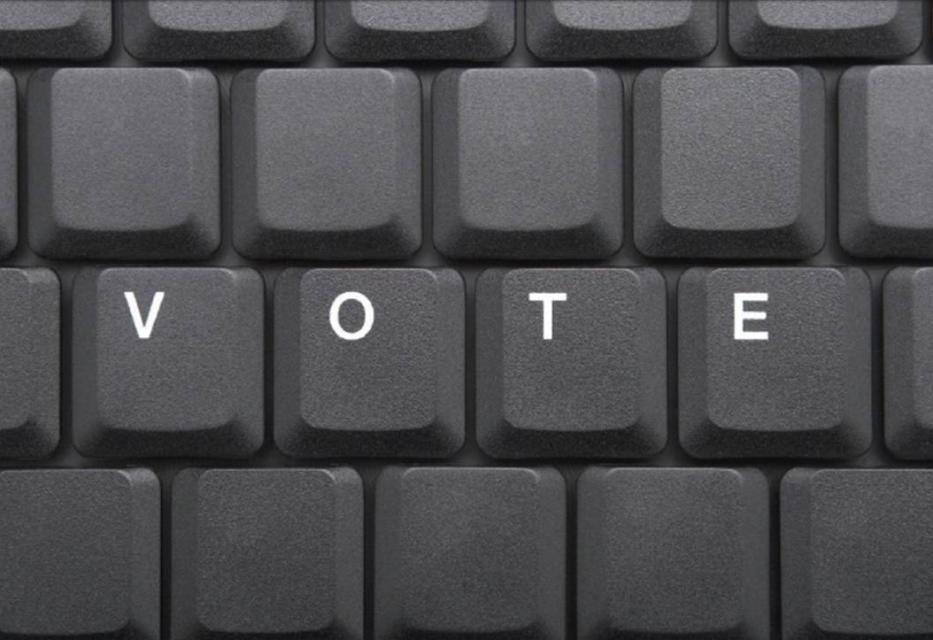 Terms will begin after the IMPS 2022. Elections close Friday, November 5, 2021. Voting is open to Psychometric Society members. Please check your email for a link to voting.

The members of the society have nominated the following candidates: 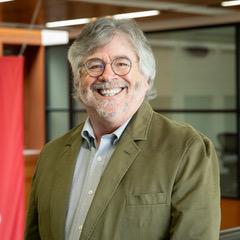 David Kaplan is the Patricia Busk Professor of Quantitative Methods in the Department of Educational Psychology at the University of Wisconsin – Madison. Kaplan holds affiliate appointments in the University of Wisconsin’s Department of Population Health Sciences and the Center for Demography and Ecology. Kaplan is an elected member of the National Academy of Education and serves as the chair of its Research Advisory Committee; a recipient of the UW-Madison Hilldale Award in the Social Sciences; a recipient of the Samuel J. Messick Distinguished Scientific Contributions Award from the American Psychological Association (Division 5); a past-President of the Society for Multivariate Experimental Psychology; and a recipient of the Alexander Von Humboldt Research Award. Kaplan’s current program of research focuses on the development of Bayesian methods applied to the design and analysis of large-scale educational assessments. His specific interests include: Bayesian model averaging, probabilistic forecasting, and Bayesian historical borrowing with applications to cross-sectional and longitudinal large-scale educational assessments such as OECD Program for International Student Assessment (PISA) and the Early Childhood Longitudinal Study. Kaplan received his Ph.D. in education from UCLA in 1987. 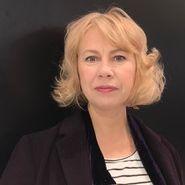 Alina von Davier, PhD., is a Chief of Assessment at Duolingo and Founder & CEO of EdAstraTech LLC. At Duolingo, Dr. von Davier and her team operate at the forefront of Computational Psychometrics. Additionally, Alina has written and/or co-edited seven books and volumes on statistics and psychometric topics.

In 2020, Alina was awarded a Career Award from the Association of Test Publishers (ATP). In 2019 she was a Finalist for the Visionary Award of EdTech Digest. Prior to Duolingo she was a Chief Officer at ACT, where she led ACTNext, a large R&D-innovation unit. Before that Alina was a Senior Research Director at Educational Testing Service (ETS) where she led the Computational Psychometrics Research Center. Previous to that, she led the Center for Psychometrics for International Tests, where she was responsible for the psychometrics in support of international tests, TOEFL® and TOEIC®, and for the scores reported to millions of test takers annually.

Alina served as president of the International Association of Computerized Adaptive Testing (IACAT) and she is Chair-elect on the Board of Directors for the Association of Test Publishers (ATP). She is a mentor with New England Innovation Network, Harvard Innovation Labs, and with the Programme via:mento at the University of Kiel, Germany.

Board of Trustees Candidates

The board of trustees has nominated the following candidates: 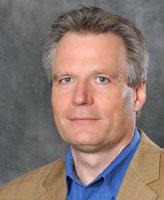 Ulf Böckenholt is the John D. Gray Professor of Marketing at the Kellogg School of Management. He has published widely in marketing, psychology, economics, and statistics journals. Currently, Ulf Böckenholt serves as Associate Editor of Psychometrika, Quantitative Marketing and Economics, and the Journal of Behavioral and Educational Statistics. He is a member of the Advisory Board of Behaviormetrika. He is a Past Editor of Psychometrika, a Past President of the Psychometric Society, and a Fellow of the Association of Psychological Science. He received his Ph.D. from the University of Chicago under the supervision of R. Darrell Bock. 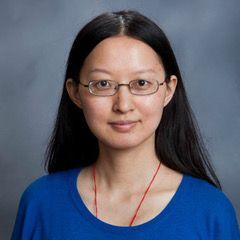 Dr. Ying (“Alison”) Cheng is Professor of Psychology and Fellow of the Institute for Educational Initiatives at University of Notre Dame. She is also the Associate Director of Education and Outreach at the Lucy Family Institute of Data and Society at Notre Dame. She received her M.S.in Statistics and Ph.D. in Quantitative Psychology from the University of Illinois at UrbanaChampaign. Her research focuses on methodological issues in psychological and educational measurement, in particular theoretical development and applications of the item response theory, such as computerized adaptive testing. She has published over 50 articles on topics including computerized adaptive testing (CAT), differential item functioning (DIF), classification accuracy and consistency with licensure/certification exams, and formative assessment using cognitive diagnostic modeling and so on. She currently serves as the Editor of the British Journal of Mathematical and Statistical Psychology, and beween 2017-2018 she served as the Chair of the Editorial Council for the Psychometric Society. In 2009 she received the Bradley Hanson Award for Contributions to Educational Measurement, and in 2012 the Jason Millman Promising Measurement Scholar Award from the National Council of Measurement in Education. In 2014 she received the faculty CAREER award from the National Science Foundation. She is an elected fellow of the Society of Multivariate and Experimental Psychology and Association for Psychological Science. 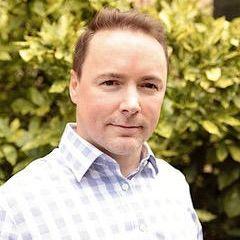 I am an Associate Professor of Quantitative Methods in the School of Education at the University of North Carolina. I have been an active member of the Psychometric Society since I was a PhD student, having regularly attended our annual meetings and publishing in both the ARCS and TM sections of Psychometrika over the past decade. Having studied and worked in Canada, the Netherlands, and the United States, I value the international scope of the Society and consider this to be one of our main strengths. For over 80 years, the Society and its publications have consistently embodied high intellectual standards, while remaining open to new ideas and perspectives. By serving on the Board of Trustees, I would like to help continue this tradition. 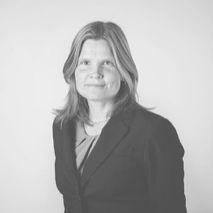 Marie Wiberg (Ph.D., 2003) is a professor in Statistics with specialty in psychometrics at Umeå University, Sweden. During her career she has been a visiting scholar in Canada, Chile, USA and the Netherlands. Her research interest includes psychometrics in general and in particular test equating, nonparametric statistics and large-scale assessments. Wiberg has been the main editor of the annual Proceedings of the International Meeting of the Psychometric Society (IMPS) since 2017. She has published a large number of papers, served as a reviewer for several journals including Psychometrika, presented research, judged posters and chaired sessions at IMPS. She has also been associate editor for Journal of Educational Measurement and is currently on the editorial board of the International Journal of Testing and has just accepted to join the editorial board of Journal of Educational and Behavioral Statistics.

The editorial council has nominated the following candidates: 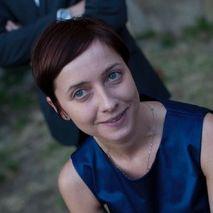 Silvia Bianconcini is an Associate Professor at the Department of Statistical Sciences, University of Bologna, where she received her PhD on Statistical Methodology for the Scientific Research. During her PhD, she was Visiting Scholar at the Department of Statistics, University of Tennessee, and in 2009 she was Visiting Researcher at the Time Series Research and Analysis Center, Business Survey Methodology Division, of Statistic Canada. Her main research interests are time series analysis with an emphasis on trend-cycle estimation and signal extraction, longitudinal data analysis based on latent variable models, and statistical inference of generalized linear models. She is co-author of the book Seasonal Adjustment Methods and Real Time Trend-Cycle Estimation, awarded by the American Statistical Association with the 2016 Ziegel Award, and author and co-author of several papers in leading scientific and statistical journals. 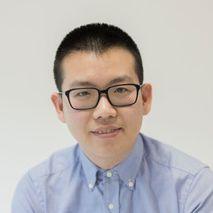 Dr Yunxiao Chen is an assistant professor at London School of Economics and Political Science. His research focuses on the development of statistical and computational methods for solving problems in social and behavioural sciences, under three interrelated topics, including (1) large-scale item response data analysis, (2) measurement and predictive modelling based on dynamic behavioural data and (3) sequential design of dynamic systems with applications to educational assessment and learning. He has published in leading journals in psychometrics, statistics and machine learning, including Psychometrika, British Journal of Mathematical and Statistical Psychology, Journal of American Statistical Association, Biometrika, and Journal of Machine Learning Research.

Before joining LSE, Dr Chen was an assistant professor in the Department of Psychology and the Institute for Quantitative Theory and Methods at Emory University. He completed his PhD in Statistics at Columbia University in 2016.