This talk gives an overview of IRT models for decomposing trait-based response processes and response styles with a particular focus on recent advances in IRTree modeling. Applications of IRTree models are mostly based on the inherent assumptions (a) that decision nodes reflect distinct response processes, so that the nodes are parameterized in terms of unidimensional IRT models with separate random effects, and (b) that the model parameters are homogeneous across respondents, so that only one vector of discrimination and threshold parameters is estimated. These restrictive assumptions have recently been released in IRTree models with multidimensional node parameterizations and finite mixture components, respectively. IRTree models with multidimensional node parameterizations allow researchers to specify and test the hypothesis that decisions are affected by multiple judgment processes which may have similar or opposite effects on the observed responses depending on the tree structure. Mixture-distribution IRTree models allow for parameter heterogeneity across subpopulations and can disentangle subpopulations that are susceptible to response style effects to varying degrees. In a new study, we combine multidimensional node parameterizations and finite-mixture components to separate subpopulations with different response behavior. Using mixture IRTree models with uni- and multidimensional nodes, we disentangle subpopulations that engage in trait-based response processes for fine-grained ordinal ratings from subpopulations that employ a simplified response process in which the trait only affects directional (dis-)agreement judgments. The new approach is illustrated with rating data from PISA 2015 and validated with extraneous covariates. (This is joint work with Lale Khorramdel from NBME.) 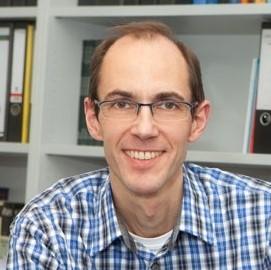 Thorsten Meiser is Professor of Psychology and Chair of Research Methods and Psychological Assessment at the University of Mannheim. His research interests include psychometrics, statistical models in cognitive psychology and decision making. His recent work focuses on IRT models accommodating response styles, attention in prospective memory, and pseudo-contingencies in choice behavior. He holds a doctoral degree from the University of Heidelberg and has been Research Fellow at Cardiff University, Associate Researcher at Jena University and Associate Professor at Marburg University. Currently he is Head of a Research Training Group on “Statistical Modeling in Psychology” funded by the German Research Foundation.