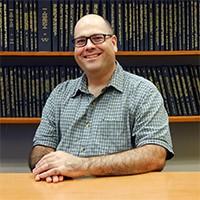 Nonlinear and heteroscedastic models are widely used all throughout psychometrics and statistics. While the interpretation of coefficients and measures such as R2 in the linear model are unambiguous, in general this is not true for models that have nonlinear terms and/or heteroscedasticity. Even in the case of a model that is linear in the parameters but nonlinear in a variable, such as polynomial regression, interpretation in terms of model parameters themselves can be quite challenging. We consider the use of the correlation curve (CC), originally proposed by Kjell Doksum and colleagues in the early 1990s in the context of nonparametric regression. Blyth (1994) showed in a fairly general setting how the ideas relate to Fisher information in an exponential family, likely unaware of the original interpretation of Fisher information in IRT as a local discrimination index. Their ideas have not been widely used, although of course Fisher information is widely used in IRT. We reconsider them in the context of nonlinear and heteroscedastic linear and generalized linear models and discuss how Fisher information can be thought of as a local effect size measure. In the contest of fully Bayesian estimation, CC is not difficult to compute simply as a function of the posterior density, which provides interval estimates quite naturally. This is very helpful when a model’s parameters have no clear meaning and also helps make more focused comparison between parametric and non-parametric estimation.