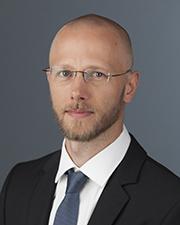 Mediation analysis is often based on models using the no-unmeasured confounder assumption. This assumption implies that all relevant confounder variables are included in the model. This is unrealistic in most situations and mediators identified with these models are often statistical artifacts. Recently, a rank preserving model (RPM) was developed that uses an alternative no-effect modifier assumption (Ten Have et al., 2007; Zhang & Zou, 2015): Unobserved confounders can affect mediator and outcome but should not moderate the effects of treatment or mediator on the outcome. Even though the assumption is very compelling, the RPM received only limited attention, possibly, because large sample sizes were needed to provide sufficient power. In this talk, I will present an extension of the RPM that overcomes this inefficiency via machine-learning based methods (Brandt, 2019). In a simulation study, the advantage of this new approach are illustrated. Efficiency and power to estimate controlled mediation effects are increased by up to 50% compared to the original RPM. The model controls the nominal type I error rate even if the no-effect modifier assumption is violated. In contrast, models using the no-unmeasured confounder assumption are shown to produce type I error rates up to 100%, even if the assumption is only mildly violated. Finally, the new model provides sufficient power under realistic sample sizes (e.g., N=500) to detect interaction effects as they occur in moderated mediation. The model is illustrated with an empirical data set on CD4 cell counts. Extensions to latent variable mediation models will be discussed.