In this post you will find information related to air and train travel into Bologna, as well as public transportation within Bologna. 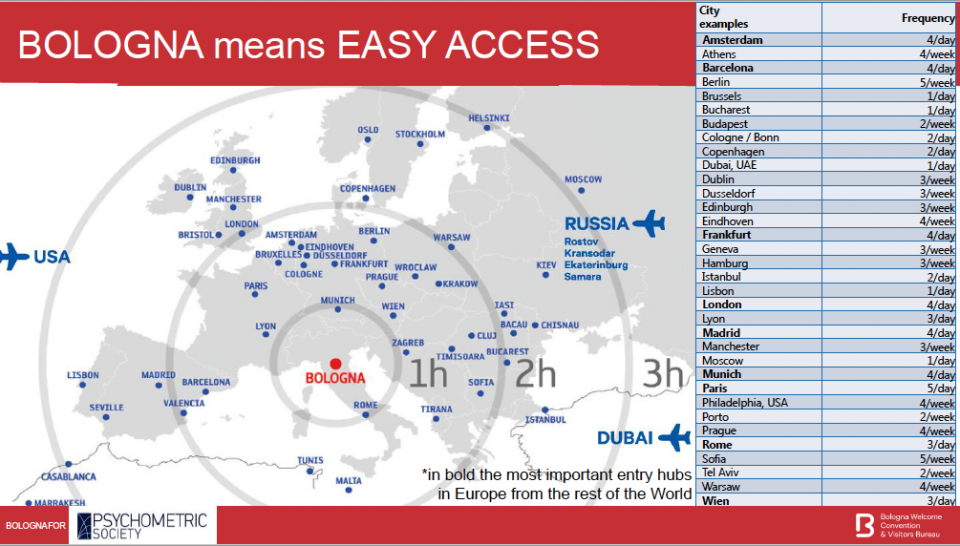 Once arrived at the Bologna Airport – The Bologna airport has excellent signage directions, and it is very compact airport with just one terminal.

Baggage claim area is well visible, and it is located as soon as you enter to the airport building, no matter which destination you are flying in you must pass through it before exit. If you need assistance or have questions stop by the Welcome Bologna Information Desk. It is located to the left as you exit the customs area. Looks for the IMPS Welcome Sign to help direct you to this information desk. For more details about the Bologna Airport please click here. 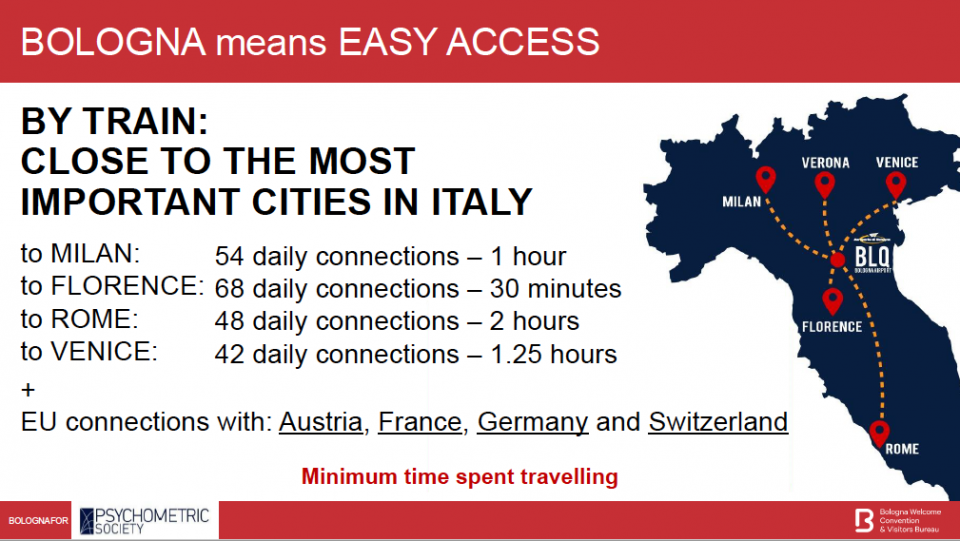 Monorail is located on the upper floor and as soon you exit the customs area on the left you will see directions pointing to it.

From the Airport you can take Marconi express, an automated shuttle connecting “Guglielmo Marconi” Airport with Bologna Centrale railway station in 8 minutes. It runs every day of the year, from 5:40 am to midnight, with up to 8 departures per hour in each direction at rush hour.

One-way ticket from/to the Airport costs € 8,70. Tickets can be purchased at the ticket vending machines located in the Marconi Express stations and in several stores at the Airport. You can also access the service by tapping your contactless card or device at the gates. For more information see the website of Marconi Express.

By Bus: From Airport to Bologna Centrale Railway station

Map of the public bus transport

Bus station (only available in Italian)

From the Airport you can take Aerobus – BLQ shuttle service, a bus connecting “Guglielmo Marconi” Airport with Bologna Centrale railway station in 20-25 minutes approximately. There is also an intermediate stop at the city center. It runs every day of the year, from 5:30 am to 00:15 am, with departures every 11 minutes.

One-way ticket from/to the Airport costs € 6.00. Tickets can be purchased at the automatic vending machines located in the Airport. The ticket can also be used on all public transport in the Bologna urban area within its 75 minutes of validity, validating it each time you board. For more information see the website of Aerobus.

By Taxi: From Airport/Bologna Centrale railway station to destination

The Taxi area is located on the ground floor, just follow the signage directions and as soon as you exit the airport building you will see it on the left.

Rent a car (Car Hire): From the Airport

Companies are located at the Terminal on the ground floor. For a listing of available companies check here.